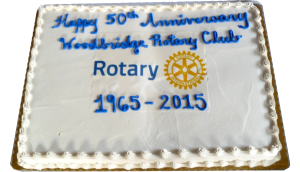 This year the Woodbridge Rotary Club celebrates their 50th Anniversary of their charter. To honor their years of service the Prince William County area the Board of County Supervisors presented a Certificate of Commendation to Rotary’s President, Darcy Tilman. The Commendation was coincidentally presented on the exact date of the Club’s anniversary.

To celebrate the anniversary, Rotarians gathered for a casual picnic which was hosted at the American Legion Post 364. They were joined by Janet Brown, District Governor, Rotary District 7610. Three Firefighters and A Pig  provided their amazing chili and their famous jalapeno cornbread.

For Zoom Meeting at 12:30
email: woodbridgerotaryclub@gmail.com for link to virtual meeting.